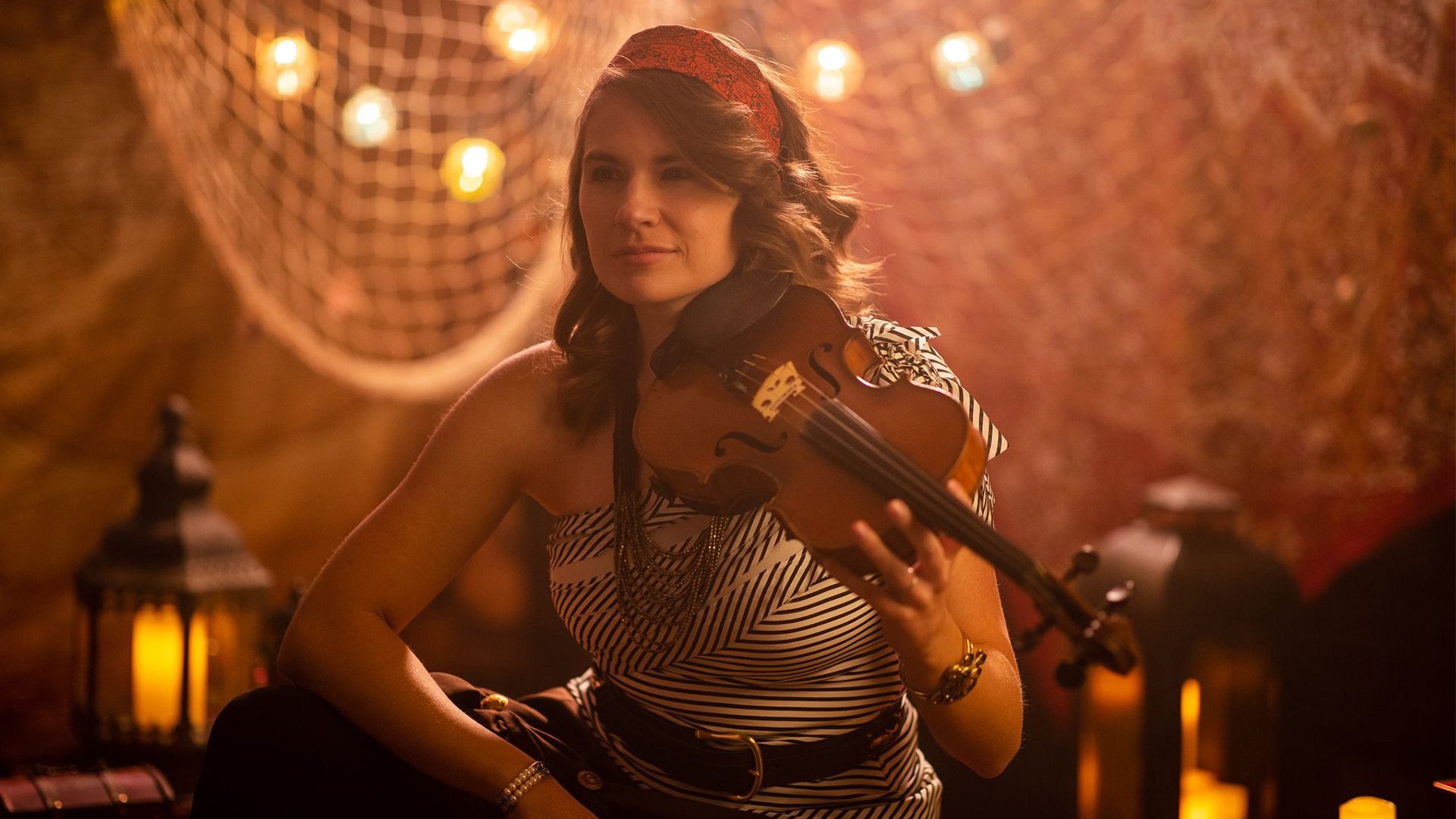 Movie music has been a huge influence on my musical style over the years. I’ve always loved soundtrack music and I think it’s amazing how much influence a movie’s soundtrack has over how you feel about the movie.

When I first graduated college, I actually really wanted to try out film composing, but for a variety of reasons, I decided to pursue a different type of career. But I never lost my love for that style of music.

I really admire the work of John Williams, Hans Zimmer, John Powell and so many others. A lot of their work inspired my interest in composing my own original music!

I’ve released so many different arrangements of my favorite film music, including 1 full length album titled “Legendary Movie Music”, so I hope you’ll enjoy all of those songs and videos by scrolling down below 🙂 I’ve also included some of my favorite music from TV as well!

For the Love of the Princess

I’ve actually done so many Disney covers that I made a completely separate page here for you guys to check out. I’ve made an entire Disney album and quite a few additional singles, because there were so many songs I wanted to make arrangements for!

Light of the Seven

Now We Are Free

Now We Are Free Folk Version

I absolutely love the soundtrack for The Greatest Showman! I’ve listened to the full soundtrack countless times, but “A Million Dreams” is definitely my favorite song.

My husband, Jarred, and I have been together since we were 14 years old so this song really made me think about him a lot. He actually shot this music video so if you notice me smiling a lot it’s probably because he’s on the other end of the camera 🙂

How to Train Your Dragon

Last of the Mohicans

This song was actually one of the very first music videos I shot outdoors! It’s really special to me because my dad shot it for me and he is definitely not a videographer haha, but I still think he did a really nice job!

I didn’t have any sort of budget to hire professional videographers at the time, so I really appreciated my dad stepping in to help me, even though it was totally out of his comfort zone. I can’t help but smile anytime I watch this video.

Lord of the Rings

Pirates of the Caribbean

I think we can all agree that you can’t have a list of epic movie music without something from Pirates of the Caribbean! He’s a Pirate is such an amazing song, and it translates especially well on the violin. I love this song so much I made 2 versions of it!

The first one is more epic and similar in style to the original song, and the second one has more of a folk style that feels like it could be playing in a cool pirate tavern. You’ll have to let me know which one you like more!

Requiem for a Dream

Duel of the Fates

My Heart Will Go On

My Heart Will Go On Folk Version

The Night We Met

Best Gifts for Violinists According to a Professional »