The Most Epic Anime Music on Violin 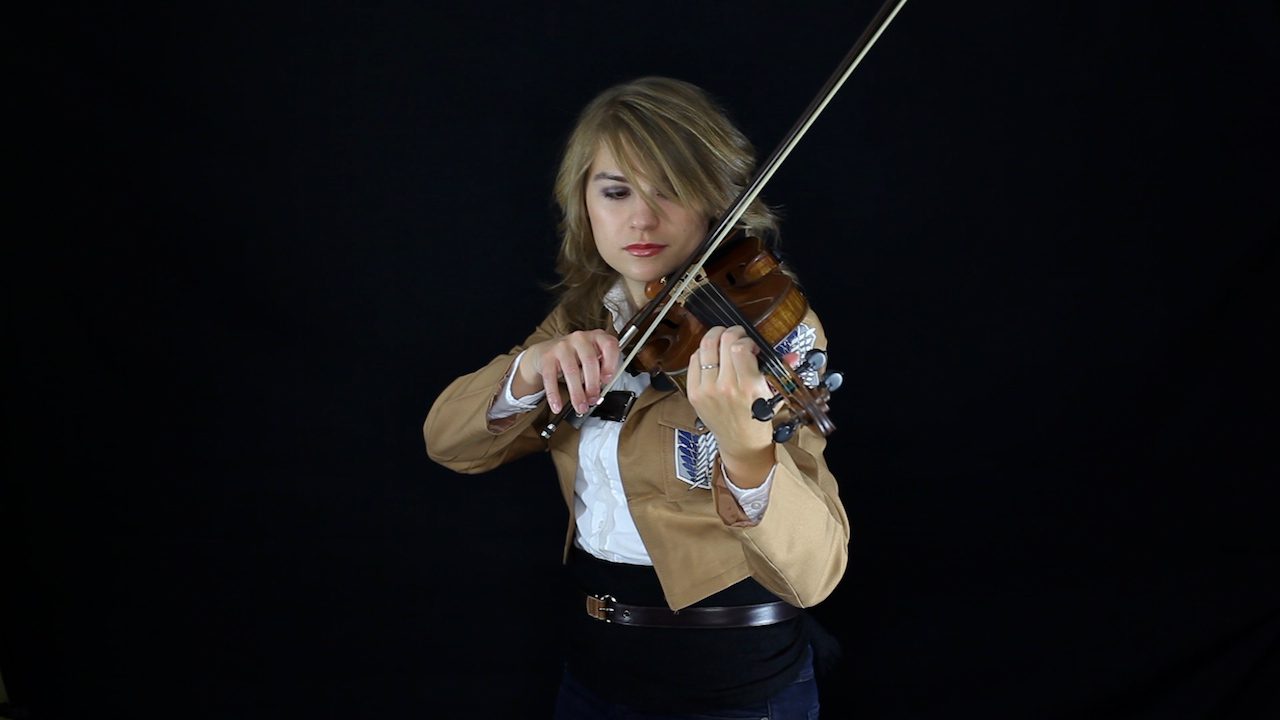 Anime music was something I didn’t really get into until after college. The only anime I knew of when I was growing up was Dragon Ball Z, which like a lot of people was a regular part of my after-school routine.

My husband, Jarred, was into anime from a younger age and after we graduated college we started watching more together. We actually watched through the anime series Fruits Basket during our honeymoon haha!

Anime music plays such a strong role in the storytelling of these shows. I always enjoy making anime covers because you can’t help but be transported back into the show just by listening to the music. I feel like anime music creates a whole environment all by itself.

I hope you enjoy listening to my arrangements of these popular anime songs. Just scroll on down to see which songs I’ve covered and have made music videos for!

Jarred and I have enjoyed this series for a long long time. We started watching it in 2014 and have stuck with it since.

This is the first anime we’ve ever been so hooked on that we couldn’t wait for the anime to come out to know what happens next in the story so we started reading the manga, and I’m so glad we did.

I think the story in this show is incredible and the music just takes everything to the next level. There are so many songs from this series that I love so it’s been hard to choose which ones to cover!

The first song I decided to cover (Guren no Yumiya) is the opening song from the very first season of the show and the second song (Vogel im Käfig) is the music that’s played during the most epic battle scenes from the earlier seasons.

These songs can really kick start your day, enjoy!

This was another one my husband introduced me to years after it originally released. I had only watched it casually when I was younger, so when this series became available on Netflix, Jarred really wanted to watch it together from start to finish and I’m SO glad we did because it’s now one of my favorites.

One of my favorite moments comes from my favorite character, Uncle Iroh, where he sings this really beatiful yet simple song in memory of his late son. This song is so touching but it’s very short in the show, so I really enjoyed making it longer and putting my own spin on it.

Leaves from the Vine

Here’s another one that my husband with amazingly good taste in anime introduced me to! He had watched the original series in college but had never seen the other version, Fullmetal Alchemist: Brotherhood, so we watched Brotherhood together and I was HOOKED.

To this day, FMA: Brotherhood remains my favorite anime. Sadly the beautiful song “Brothers” that I’ve covered is only in the original series, but there’s still so much other incredible music in Brotherhood.

Since I love this song so much I made 2 arrangements of it. The first is more of a cinematic, orchestrated version and the second is more of a relaxing ambient style, kind of like a lullaby.

I hope you enjoy my arrangements of this beautiful song.

Jarred and I watched through the entire first season of Naruto together and “Sadness and Sorrow” definitely adds a lot to some of the more emotional parts of the show.

After “He’s a Pirate” from Pirates of the Caribbean, this is my most popular cover song so I hope you enjoy it as well.

It’d be hard to talk about anime music without bringing up Studio Ghibli and the amazing composer Joe Hisaishi. There are endless songs to choose from and the music and animation compliment each other so well.

One Summer’s Day (From “Spirited Away”)

The Path of Wind (From “My Neighbor Totoro”)